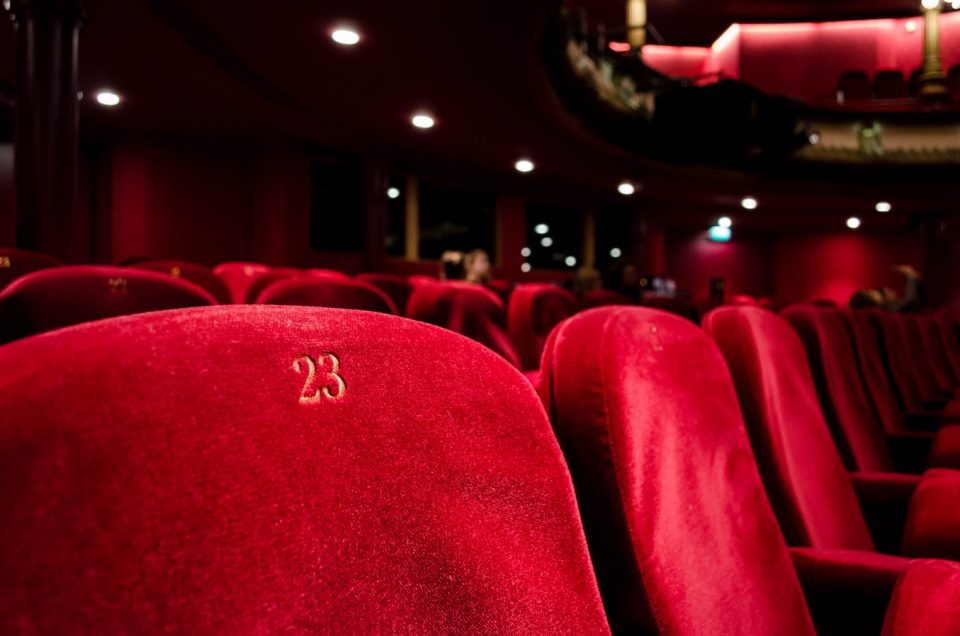 Iconic films are remembered for many reasons, A-list actors, intriguing plots, special effects, and in some cases, the wardrobe. There is careful thought and consideration that goes into creating a film, and no detail is forgotten, including what the characters are wearing. There are several films that spotlight exquisite pieces of jewelry, some even incorporate them into their plot. Many of these films have been deemed classics and will go down in cinematic history as so, in part because of the stunning gems that fans fell in love with.

Here are 7 of the most recognizable pieces of jewelry in film:

The Heart of the Ocean was an Edwardian inspired, blue sapphire necklace worn by the film’s protagonist, Rose. In the film, the necklace’s story of origin shares a great deal of similarity to the Hope Diamond. Though the necklace worn in the film was fashioned from cubic zirconia and white gold, jewelry designer Harry Winston later created a replica made from a 15-carat blue diamond. The piece was valued at $20 million and was worn by the actress who played an elder Rose, Gloria Stuart, during the 1998 Academy Awards. It was later purchased by a private collector. When you think of iconic looks, none is more unmistakable than Audrey Hepburn’s character Holly Golightly in Breakfast at Tiffany’s. The little black dress, the long gloves, her French twisted hair, and the focal point—her magnificent pearl and diamond necklace. This eye-catching accessory takes her look from modest to striking, cementing Hepburn’s status as a style icon for years to come. The pearls aren’t the only pieces of jewelry that steal the show in this film either! Golightly wears several bold items throughout the film, including earrings and her iconic diamond tiara. Arguably one of Marilyn Monroe’s most well-known performances was delivered in the film Gentleman Prefer Blondes. Who could forget Marilyn’s famous declaration, “Diamonds are a girl’s best friend”? In the film’s most famous scene, Marilyn is pictured in a pink strapless gown adorned with stunning diamond earrings, bracelets, and a knockout diamond necklace. This scene is so well-known, Madonna actually replicated it for her Material Girl music video. The necklace Marilyn wears in the film has a rich history, as it was 500 years old at the time of filming. It was once worn by Empress Maria Theresa of Austria and Maria Antoinette and was lent to Marilyn Monroe for the filming of Gentlemen Prefer Blondes. This film helped solidify diamonds as the choice gem for engagement rings and made Harry Winston a household name. There’s nothing better than a good love story, and Pretty Woman is a romantic film that delivers. Julia Roberts and Richard Gere’s on-screen chemistry is undeniable. One of the film’s most famous scenes is shared between the two, and was actually the result of a prank that Gere had planned to play on Roberts. In the scene, Gere playfully closes a jewelry box lid on Roberts’ hand as she reaches for a sparkling diamond and ruby necklace, prompting Roberts to let out an infectious giggle. Filmmakers thought the scene felt so authentic that they kept it. We later see her wearing the diamond and ruby necklace paired with a sensuous red dress, a look that put Julia Roberts on the map as a classic Hollywood beauty.

How to Lose a Guy in Ten Days Matthew McConaughey is not the only eye-catching thing about this film. Though handsome, no one outshines Kate Hudson in her canary yellow dress, wearing an astonishing $5 million-dollar Harry Winston diamond necklace. Weighing in at 87 carats, the Isadora diamond necklace was made specifically for this production, making it the most expensive piece of jewelry ever designed for a film. The dress that Hudson wears for the scene was actually specially designed to complement the elegance of the diamond necklace. In the film, Hudson flees the party still wearing the necklace that had been lent to her to wear only for the evening, causing a flurry amongst the partygoers and jewelry designers who were in attendance. Moulin Rouge is nothing short of an extravagant film directed by Baz Luhrmann who’s known for his visually stunning productions. The film features a youthful Nicole Kidman, wearing an intricate diamond necklace fashioned with 1,308 individual diamonds that totaled 134 carats in weight. The platinum scrolls and lace-like details are distinctly Edwardian inspired. The necklace was reported to be worth $1 million, making it the most expensive piece of jewelry made for a film until it was surpassed by How to Lose a Guy in Ten Days two years later.

Sex and the City 2

No television series has given us a greater fashion icon than Sex and the City – Carrie Bradshaw. Carrie Bradshaw, played by Sarah Jessica Parker, had a unique and quirky signature style that included ballerina tutus, fur coats, crop tops, and cowgirl hats. When filmmakers decided to turn the TV series into a feature film, they made sure to include even more funky fashion statements from Bradshaw. Her off-beat style is represented by the ring with which Mr. Big proposes. Rather than a traditional stone, Big opted for a black diamond instead. When Carrie asks him why, he replies “because you are not like anyone else.” The 5-carat diamond ring was designed by Itay Malkin with help directly from Sarah Jessica Parker herself.

Where can you buy extravagant jewelry like the pieces in these classic movies of Hollywood?

Whether you’re wanting to replicate one of these film worthy looks, or are simply wanting to incorporate more fine jewelry into your wardrobe, there is no better place to find one-of-a-kind pieces than Leo Hamel Fine Jewelry & Engagement Rings Store in San Diego. We offer an array of unique pieces including antique and vintage styles fit for a Hollywood starlet. Stop in today and explore all that our jewelry store has to offer! 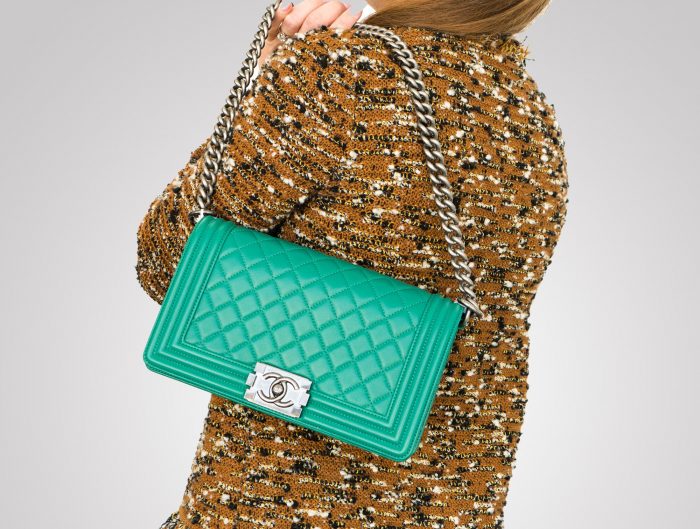 Designer Handbags: Why They’re Worth It

Every woman knows the difference a quality handbag can make. From the normal wear and tear of daily use to treating handbags like our own portable junk drawer, our bags can take quite the beating. … 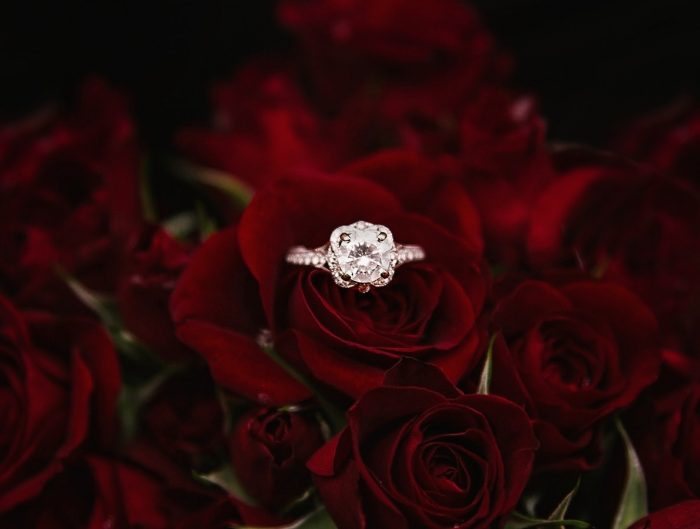 An engagement ring is arguably one of the most significant pieces of jewelry a woman will ever wear and own. It's also likely to be one of the only items she wears on a daily … 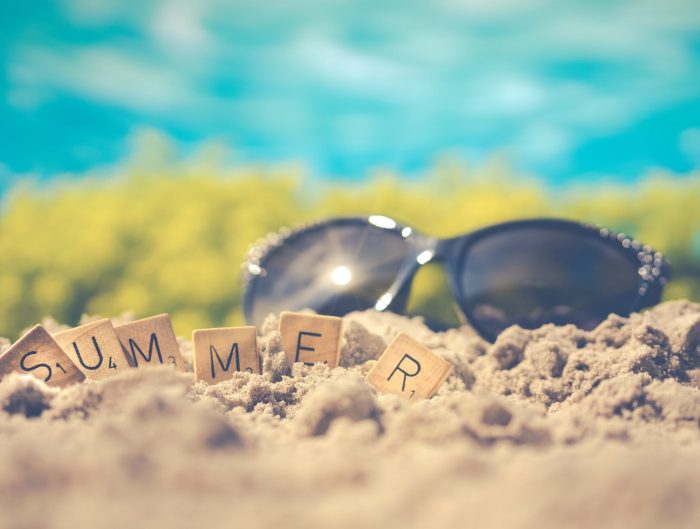 Summer is here, the temperature is heating up, and that refreshing pool has never looked more welcoming. But wait! Have you removed your jewelry before taking a dip? Your fine jewelry pieces can be delicate … 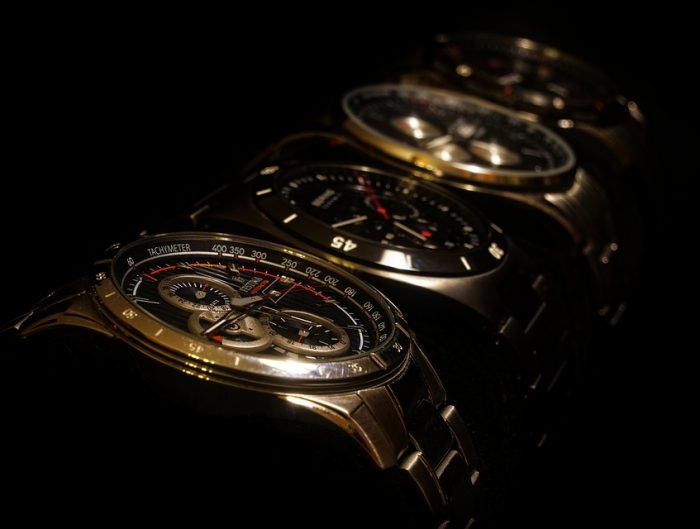 If you consider yourself a watch lover or if you have a collection of timepieces that you treasure, you’ve surely heard of automatic watch winders. Automatic movement watches will wind as the wearer moves his … 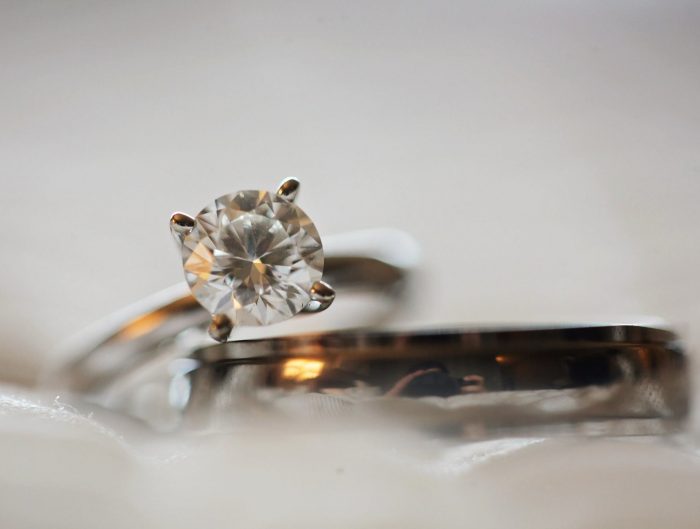 Why are Independent Jewelers the Best Place to Buy Engagement Rings in San Diego?

Why choose independent jewelers when shopping engagement rings in San Diego? Buying an engagement ring is one of the most significant purchases you’ll make in your lifetime. There is more to consider than just the financial …