“Mysterious opals contain the wonders of the skies—sparkling rainbows, fireworks, and lightning, shifting and moving in their depths”- Anonymous

There is arguably no gemstone more enchanting and alluring than opal. Teeming with color and mystery, opal is the perfect birthstone for October. Unlike other gemstones, opal refracts light so that it displays many vibrant colors at once. This light play creates a kaleidoscopic, rainbow effect that is simply mesmerizing. To kick off October, we’re delving into the mystery of opal birthstones with some fascinating facts.

Evidence of the first opal artifacts dates back to 4000 B.C. However, the origin of the name opal causes much debate. The ancient Greek word for opal is opallios, meaning to see a change of color. The Roman word is opalus, meaning precious stone. Many modern references suggest the word opal is adapted from the Sanskrit word úpala, meaning jewel. Although it is not known for certain, the term we use today for this iridescent birthstone seems to be a combination of all three languages.

How is Opal Formed?

There is some dispute about how exactly opal is formed, but many believe it is the result of rain. This theory is referred to as the weathering model, and specifically refers to desert regions with heavy rainfall and silica rich sediment. According to this model, rain carrying silica seeps down into the crevasses of rocks. Once the dry season arrives, the water evaporates, and the silica that is left behind dries out and hardens into precious opal. This process is a slow one of course, and is believed to take millions of years.

Opal is amorphous, meaning it has no defined crystal system or structure. Instead, opal is comprised of many tiny silica spheres of varying sizes. This makes opal gems the most unpredictable, able to take on many shapes and display several colors at once. Boulder opal, for example, has been known to reveal the entire rainbow in just one stone. There are two distinct variations of opal—precious opal and common opal. Precious opals are more popular and display the phenomenon known as “play of color” or “opalescence.” Most precious opals flash a mixture of vivid colors. Although still beautiful, common opals do not exhibit “opalescence”, and are typically one solid, opaque color.

Where is Opal Found?

Common opal can be found pretty easily in many regions of the world. Precious opal, on the other hand, is primarily mined in Australia where the gemstone is particularly abundant. Australian mines, like Coober Pedy, Lightning Ridge, and Mintabie, produce about 90% of the world’s precious opal. Other countries where opal can be found include Brazil, Mexico, and Ethiopia.

In addition to being the birthstone of October, opal is also the gemstone given to celebrate 14th wedding anniversaries. This exquisite gem is considered a symbol of hope, innocence, and purity. Opal also has strong implications of happiness, faithfulness, loyalty, and confidence.

Unfortunately, opals have quite an arduous history. This is widely due to Sir Walter Scott’s 1829 novel, Anne of Geierstein, which emphasized opal’s relationship to bad luck and death. Within a year of the book’s publication, opal sales dropped by 50%. Despite this period of negative superstitions, opals have generally been symbols of good luck. They are believed to possess the virtues of each gemstone whose colors are represented in their wide color spectrum.

Opal scores a 5.5 to 6.5 on Mohs Scale of Hardness, meaning these beautiful gemstones are relatively fragile. Though opal can be used for jewelry, proper care is necessary to ensure lifelong durability. Be sure to avoid chemical cleaners and wearing opal jewelry in harsh environments. If your opal jewelry requires cleaning, warm, soapy water is best. Additionally, high heat or sudden changes in temperature can actually fracture opal. Unlike most jewelry, opals should not be stored in a dry place, as insufficient moisture can be damaging.

The Queen of Gemstones Due to their natural beauty and brilliance, opals have been deemed the “Queen of Gemstones.” They were a favorite of Queen Victoria, who gifted each of her daughters an opal on their wedding day. In fact, opals have been cherished by royalty for centuries. Queen Elizabeth II owns a whopping 203 carat opal that was given to her by the Australian government.

Opals are also one of the rare gemstones to have extraterrestrial origins. In July of 2015, NASA reported the discovery of opal on Mars. Not only does this give opal a more magical and mysterious aura, this also suggests a greater potential for life on Mars since opal consists of water.

If you’re looking to add more brilliance and exquisite color to your jewelry collection, then you must visit Leo Hamel Fine Jewelers in San Diego! Explore our assortment of new, vintage, and antique opal jewelry. Whether shopping for yourself, or someone celebrating an October birthday, we have the perfect opal gifts for you. Stop by our jewelry store on San Diego Avenue and experience the captivating visual effect of this stunning October birthstone for yourself! 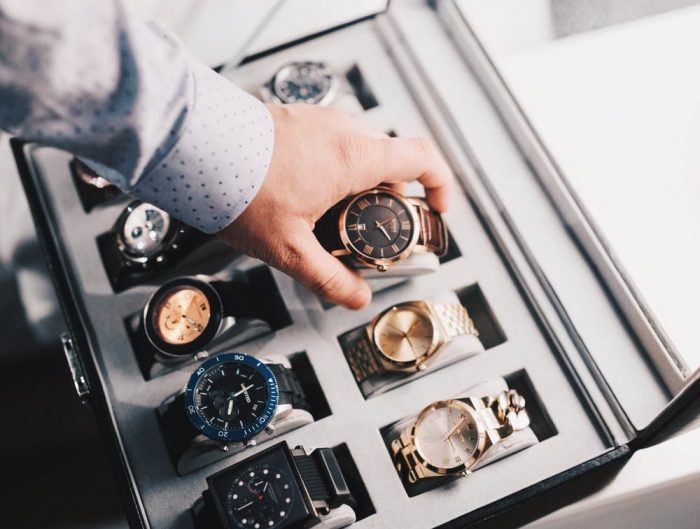 Shopping for a wrist watch can be a little overwhelming with so many options to choose from. There are several factors to consider such as the type of movement, the style of watch and its … 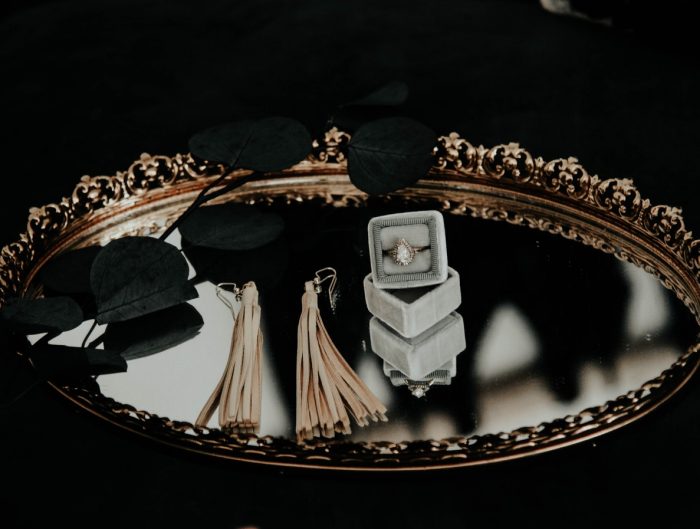 10 Classic Jewelry Pieces Every Woman Should Own

There’s no better way to dress up an outfit than with the right accessories. Whether getting dolled up for a night out, a vacation, or even just the office—there are some classic jewelry staples every …